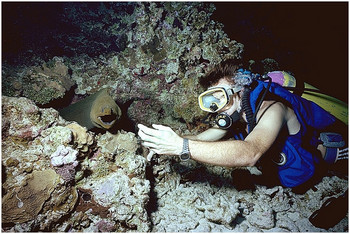 AquaAmy is familiar with the various Caribbean dive locations and can safely guide you around. Come learn about the various types of marine life such as corals, sponges, and over 200 species of fish on your Dive Tour. Explore shipwrecks, caves, or take a night dive to experiance the fantastic world of nocturnal marine life!  You will discover corals, sea whips and gorgonian sea fans while swimming with turtles, parrot fish, and blue tang.

Dive Fee - $79.00 ea
Boat and gear not included. Capt. Amy is available to assist in boat charters and gear rental.

Dive Fee - $124.00 ea
Boat and gear not included. Capt. Amy is available to assist in boat charters and gear rental.

Scuba and Snorkeling for Kids

Your Mermaid experience will include the use of a premium monofin, your choice of a colorful mermaid skin and professional support and instruction. Additionally, we will provide a perfect picture opportunity that will be shot and emailed to you within 24 hours of your class.

Each session will be specifically tailored to meet your needs and comfort level. Our stress free approach to becoming a mermaid will leave you feeling confident and relaxed. Please note that moving like a mermaid requires some physical strength. 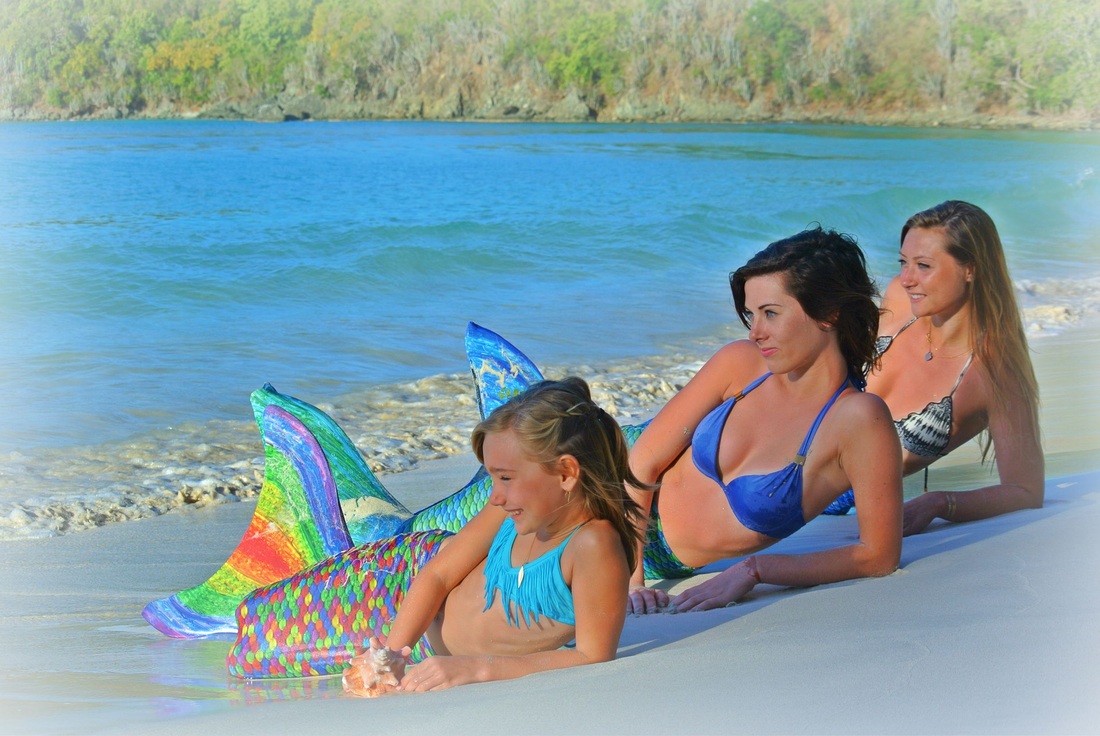 Mermaid Swim VI offers the exclusive opportunity to become a real mermaid in the beautiful Virgin Islands. We offer the following dive experience ... 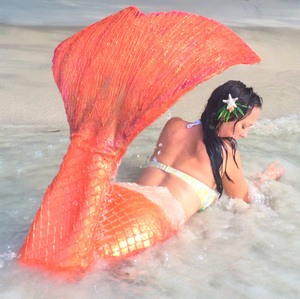 Mermaid Swim VI owner and guide Crystal D'Abbraccio started her life-long journey in dance education at the young age of five. Since that day, she has dedicated her professional career to dance, theater and creative movement teaching to children and adults of all ages. After high school, she became a certified dance teacher and graduated with a healing arts degree from The Massage Institute of New England.

Crystal is an avid swimmer, ocean lover, marine advocate and conservationist. These passions contributed to the decision to move with her family to St. John, U.S.V.I. in 2012. When she is not a mermaid, she can be found enjoying her favorite beaches or island hopping with her husband and two children. Crystal's highly accomplished career in dance education and massage therapy combined with an intrinsic love for the ocean and photography is how Mermaid Swim VI was born. There is no better place to be a mermaid than in the tranquil crystal clear waters of the Virgin Islands. Allow her to mentor and assist you in becoming a real mermaid in mind, body and soul. Her unique Mermaid experience will provide a once in a lifetime opportunity to feel what it is like to be a mermaid while also engaging in a fun, exciting core body workout. 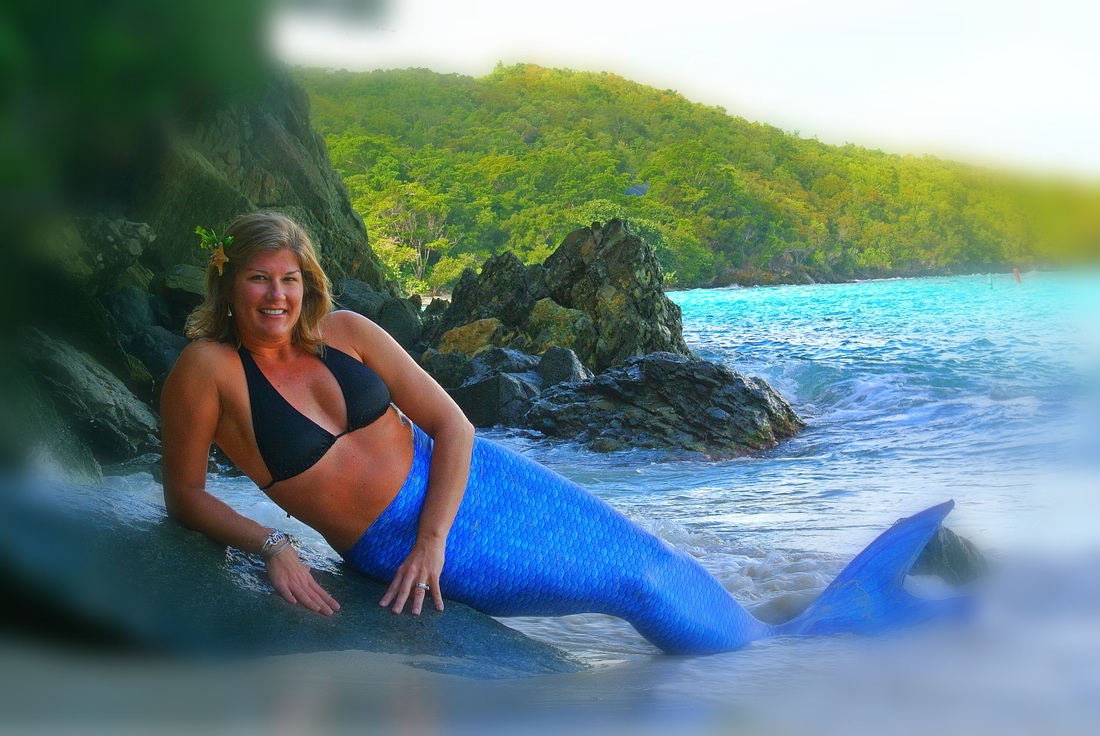 A mermaid is a legendary aquatic creature with the upper body of a female human and the tail of a fish. Mermaids appear in the folklore of many cultures worldwide, including the Near East, Europe, Africa, Asia and the Caribbean. The first stories appeared in ancient Assyria, in which the goddess Atargatis transformed herself into a mermaid out of shame for accidentally killing her human lover. Mermaids are sometimes associated with perilous events such as floods, storms, shipwrecks and drownings. In other folk traditions (or sometimes within the same tradition), they can be benevolent or beneficent, bestowing boons or falling in love with humans.

Mermaids are associated with the mythological Greek sirens as well as with sirenia, a biological order comprising dugongs and manatees. Some of the historical sightings by sailors may have been misunderstood encounters with these aquatic mammals. Christopher Columbus reported seeing mermaids while exploring the Caribbean, and supposed sightings have been reported in the 20th and 21st centuries in Canada, Israel, and Zimbabwe.

The word mermaid is a compound of the Old English mere (sea), and maid (a girl or young woman). The equivalent term in Old English was merewif. They are conventionally depicted as beautiful with long flowing hair. They are sometimes equated with the sirens of Greek mythology (especially the Odyssey), half-bird femme fatales whose enchanting voices would lure soon-to-be-shipwrecked sailors to nearby rocks, sandbars or shoals.

The Neo-Taíno nations of the Caribbean identify a mermaid called Aycayia with attributes of the goddess Jagua and the hibiscus flower of the Majagua Tree. In modern Caribbean culture, there is a mermaid recognized as a Haitian vodou loa called La Sirene representing wealth and beauty.

We are delighted to bring the the mystique, beauty and spirit of the mermaid back to life in the U.S. Virgin Islands! After all, the land of pirates, salty sailors, shipwrecks and rum would not be complete without adding a beautiful mermaid tale to the mix.

Where can it take place?

Our Mermaid experience can happen in your villa pool or in the crystal clear ocean waters.

We have options for boys and men that want to participate in the fun! Please contact us for more information.

Are there any age or swim level requirements?

Our one of a kind Mermaid training is designed for children 5 and up and adults of all ages.

What should I bring?

Please come dressed in your favorite bathing suit. Bring a towel, water bottle, and goggles or a swim mask if you have one.  Don't forget your sunscreen!

What kind of Sunscreen should I bring?

Please be thoughtful with your choice of sunscreen. A true Mermaid loves all ocean creatures and works hard to protect them. Spray sunblock is harmful to our precious plants, coral and ocean friends.  Each year between 4000-6000 metric tons (4400-6600 US tons) of sunscreen washes  off swimmers and snorkelers into coral reef environments.

Please do not use sunscreen that contains any of the following coral bleaching ingredients:

This one hour experience includes use of a Mermaid tail and individualized instruction with Mermaid Crystal. Additional time is available upon request. Please contact us to book your time slot before purchasing your package.

Prices subject to change without notice.